LEADERSHIP
FOR THE
LONG VIEW 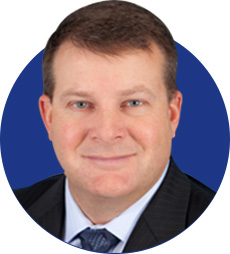 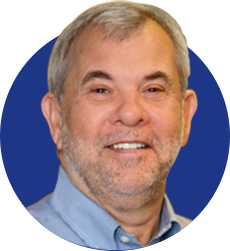 Dr. Chen has served as our Chief Scientific Officer since October 2014. Prior to that, Dr. Chen served as our Executive Vice President of Research from October 2013 to October 2014 and our Vice President of Research from January 2010 to October 2013. Prior to joining us, Dr. Chen served as Director of Formulation Development at TransForm Pharmaceuticals Inc., or TransForm, from 2000 to January 2010. Before joining TransForm, Dr. Chen conducted vaccine delivery research and development at AstraZeneca plc from 1997 to 2000, and at Merck & Co., Inc. from 1996 to 1997. Dr. Chen is a member of the National Academy of Engineering, the College of Fellows of the American Institute for Medical and Biological Engineering and the College of Fellows of the Controlled Release Society. Dr. Chen received a B.S. in Chemical Engineering from The University of Texas at Austin in 1992 and both an M.S. and a ScD. in Chemical Engineering from the Massachusetts Institute of Technology. 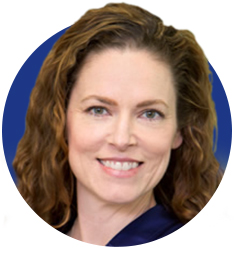 Ms. Reumuth has served as our Chief Financial Officer since July 2017, Senior Vice President, Finance from February 2017 to July 2017, our Vice President, Finance from December 2014 to February 2017, our Senior Director, Finance from February 2014 to December 2014, as our Corporate Controller from February 2014 to July 2017 and Treasurer since February 2014. Prior to joining us, Ms. Reumuth acted as an independent financial consultant from November 2012 to January 2014 and, prior to that, served as Corporate Controller for Enobia Pharma Corp., or Enobia, a global biopharmaceutical company acquired by Alexion Pharmaceuticals, Inc., from May 2011 to June 2012. Prior to Enobia, Ms. Reumuth served as Director of Finance at Verenium Corporation, or Verenium, a biotechnology company, from December 2007 to March 2011. From 2001 to 2007, Ms. Reumuth held a variety of finance and accounting positions at Genzyme Corporation, or Genzyme, (now a Sanofi Company), and ILEX Oncology, Inc., or ILEX (acquired by Genzyme). Prior to ILEX, Ms. Reumuth was an auditor at Ernst & Young LLP. Ms. Reumuth earned her Bachelor’s degree in Business Administration from Texas A&M University—Corpus Christi, and is a Certified Public Accountant. 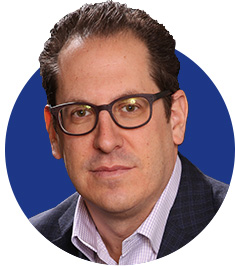 As Senior Vice President of Clinical Development, Dr. Susan Coultas provides Kala Pharmaceuticals, Inc. with 35 years of experience in clinical development in the pharmaceutical and biotechnology industry in both employee and consultant positions. Dr. Coultas has experience working with many ophthalmic companies including Alcon Laboratories, Inc., CibaVision Ophthalmics, Sucampo Pharmaceuticals, and Bausch+Lomb, Inc. As owner of InfoQuest Clinical Network, Inc., (IQCNI) Dr. Coultas successfully identified, developed, and led a large network of clinical research professionals. Projects managed by IQCNI included numerous clinical trials in multiple systemic and ophthalmic therapeutic areas driven to successful, on-time or early completion of projects with exemplary results with regard to quality of data submitted in support of the regulatory path identified. In her current role at Kala, Dr. Coultas has been a key leader in guiding clinical programs that resulted in two NDAs filed and two product commercialized. Dr. Coultas holds a PhD in Public Health, Epidemiology and an M.S. and B.S. in Biology.

Ms. Kline has more than 20 years experience in pharmaceutical and medical device sales, marketing and managed markets. She joined Kala Pharmaceuticals in 2018 to build the company’s ophthalmology commercial structure and successfully launched INVELTYS in 2019. Prior to Kala, she held roles of increasing responsibility at Bausch and Lomb/Valeant Pharmaceuticals, including Vice President, Marketing, Ophthalmology and Women’s Health during which she led the strategic direction of ophthalmology franchise and had marketing responsibility for the anti-inflammatory franchise. She previously held managed markets and marketing roles at Allergan Pharmaceuticals, where she helped build the dry eye franchise and disease state that launched RESTASIS®. Ms. Kline holds a Bachelor of Arts in Marketing & Communications from Temple University.

Dr. Zhang has over 15 years of experience in pharmaceutical medical affairs with more than 10 years in the ophthalmic industry. Dr. Zhang joined Kala in August 2018 as Vice President of Medical Affairs. Prior to joining Kala, Dr. Zhang was the Head of US Ophthalmic Medical Affairs and Global Ophthalmic Franchise Medical Lead at Shire Plc. Dr. Zhang began his industry career at Abbott Laboratories Inc., holding positions in clinical and medical sciences at Abbott and Bausch+Lomb Inc. Dr. Zhang has a MD degree, a Master’s degree in pharmacology and a PhD degree in biophysics with training and research at the California Institute of Technology (Caltech).

Dr. Grunberg has served as a member of our board of directors since April 2016. Dr. Grunberg has been a Managing Director at Longitude Capital Management Co., LLC, a venture capital firm and a current 5% stockholder, or Longitude, since 2012 and has focused on drug development and medical technology solutions. Prior to joining Longitude, Dr. Grunberg was a Principal at Rho Ventures, a venture capital firm from 2007 to 2012, and an Engagement Manager at McKinsey & Company, a management consulting firm from 2004 to 2007. Dr. Grunberg is a board-certified physician in Internal Medicine and completed his residency at Cornell’s New York Presbyterian Hospital. He has maintained a limited clinical practice in Internal Medicine and affiliations with University of California, San Francisco and Kaiser Permanente. Dr. Grunberg currently serves on the boards of 89bio, Inc. and WelbeHealth LLC. He is also a board observer at Sydnexis, Inc. He previously served on the board of California Cryobank (acquired by GI Partners). While at Rho Ventures he served on the board of AqueSys (acquired by Allergan) and was a board observer at both SARCode Bioscience (acquired by Shire) and PHT (acquired by ERT). Dr. Grunberg holds an M.D. and an M.B.A from Duke University where he was a Fuqua Scholar and an A.B. in Economics and English from Amherst College.

Mr. Paull has served as a member of our board of directors since July 2009. Mr. Paull was a co-founder of, and since 2014 has been a Venture Partner at, Lux Capital Management, or Lux Capital, where he focuses on healthcare ventures. In addition, Mr. Paull served as our founding Chief Executive Officer, President and Treasurer from July 2009 to June 2012. Mr. Paull also served as founding Chief Executive Officer of Genocea Biosciences Inc., a vaccine discovery and development company, from August 2006 to February 2009, and was the co-founder of Lux Research, Inc., an emerging technology market research and consulting firm, which was founded in January 2004. Most recently, Mr. Paull served as Chief Executive Officer of Mahana Therapeutics, Inc., a digital therapeutics company, from January 2018 to December 2020. Mr. Paull holds a B.S. in Architecture from the University of Virginia.